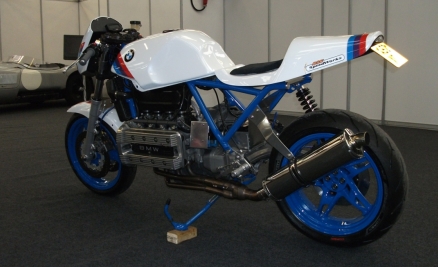 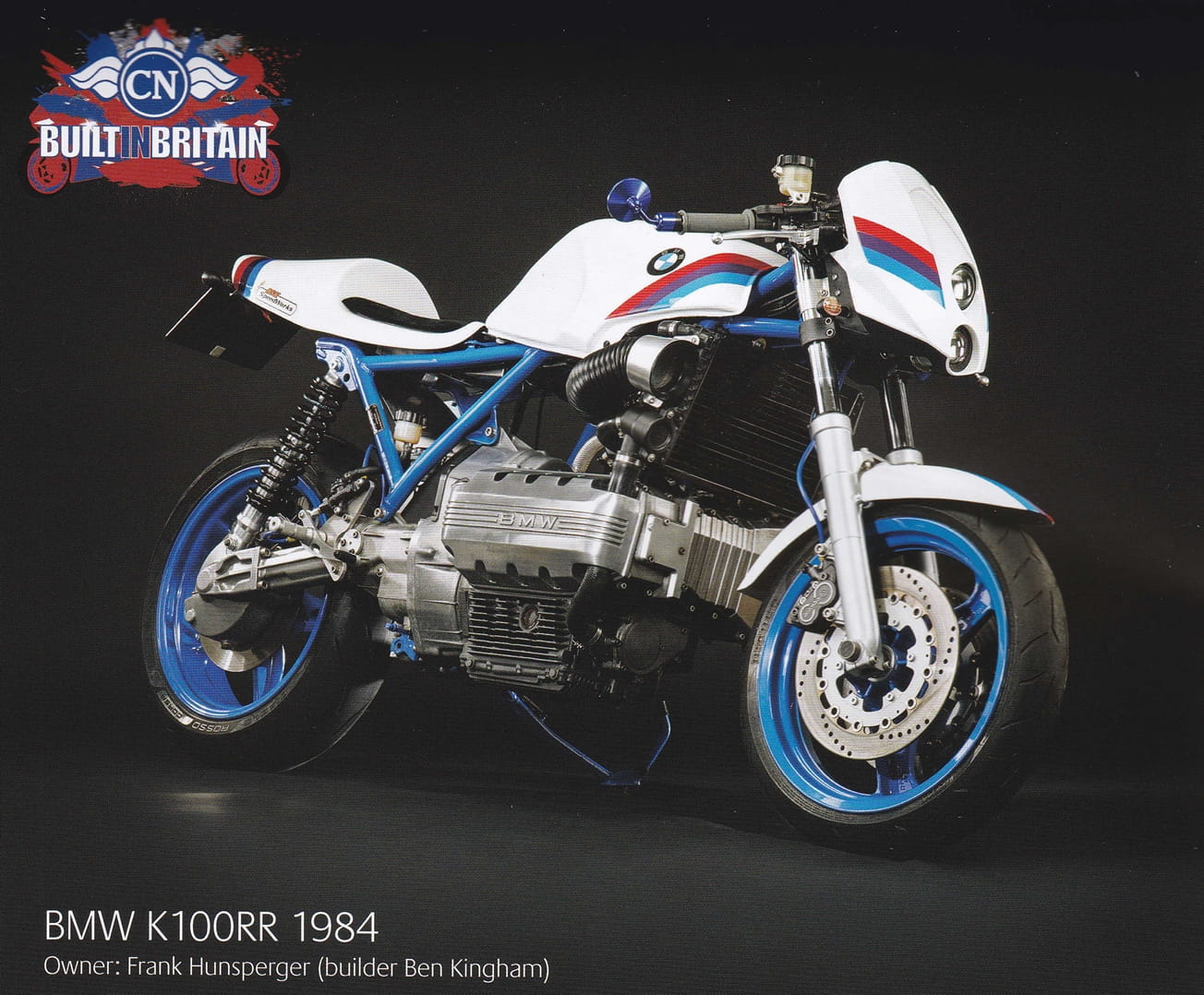 BMW K custom built bike from BSK SpeedWorks. Recently completed after a ground up build, this is a road legal replica of our K100 racer, currently campaigned in the B.E.A.R.S (British European American Race Series) Championship with British Historic Racing. Many of the performance parts used are manufactured by ourselves and are direct copies of those tested and developed on the track with our race bike. It also features some later/improved parts that are not allowed on the racer due to race regulations, which state all parts must be pre 1984 and of European/US origin. A far cry from the original BMW K100 tourer that this machine was derived from, this ‘Café Racer’ is built for performance. Weight is kept to a minimum with over 50kg in excess flab having been removed compared to the standard bike. The engine has been rebuilt with new parts fitted as necessary, including a new clutch and reconditioned oil/water pump, and with our improved air intake and exhaust system and a few choice tweaks, it does go.

Recent article on this bike over at Pipeburn.com

If you are interested in commissioning a similar bike to be built, please get in touch: info@bskspeedworks.co.uk 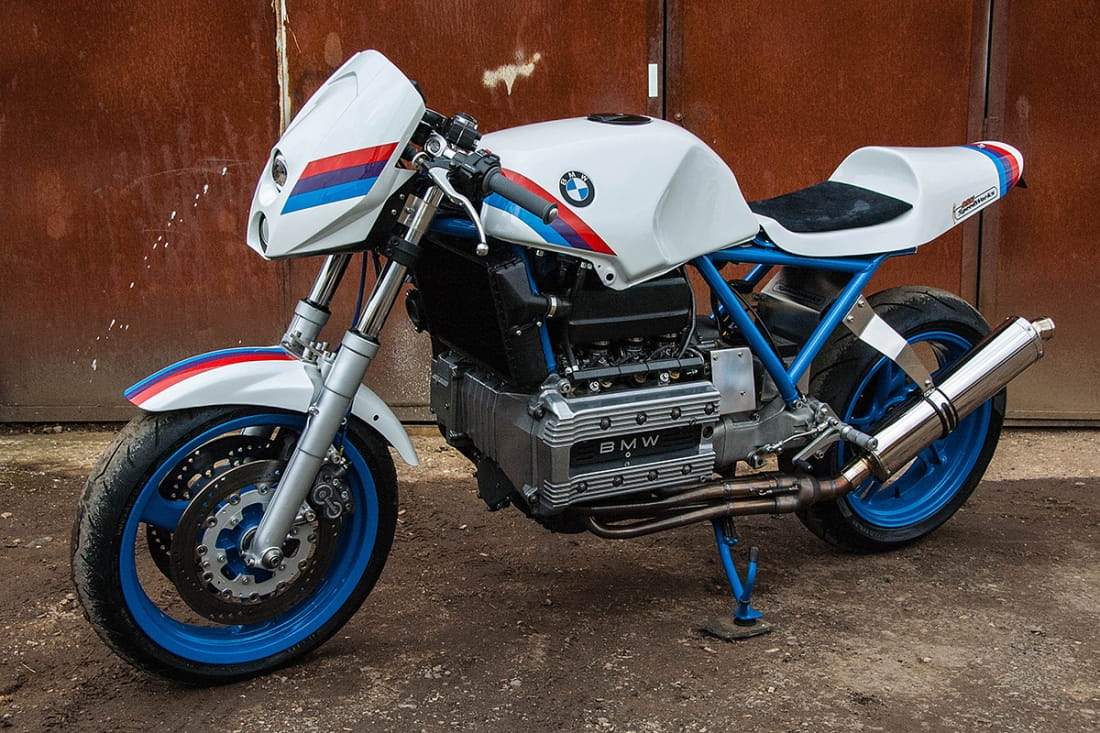 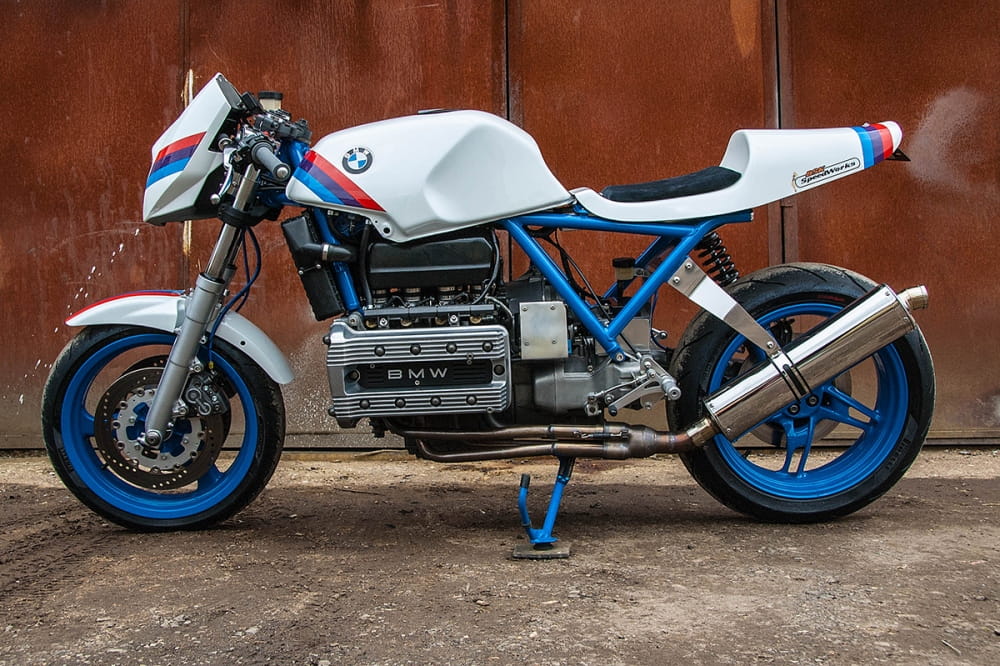 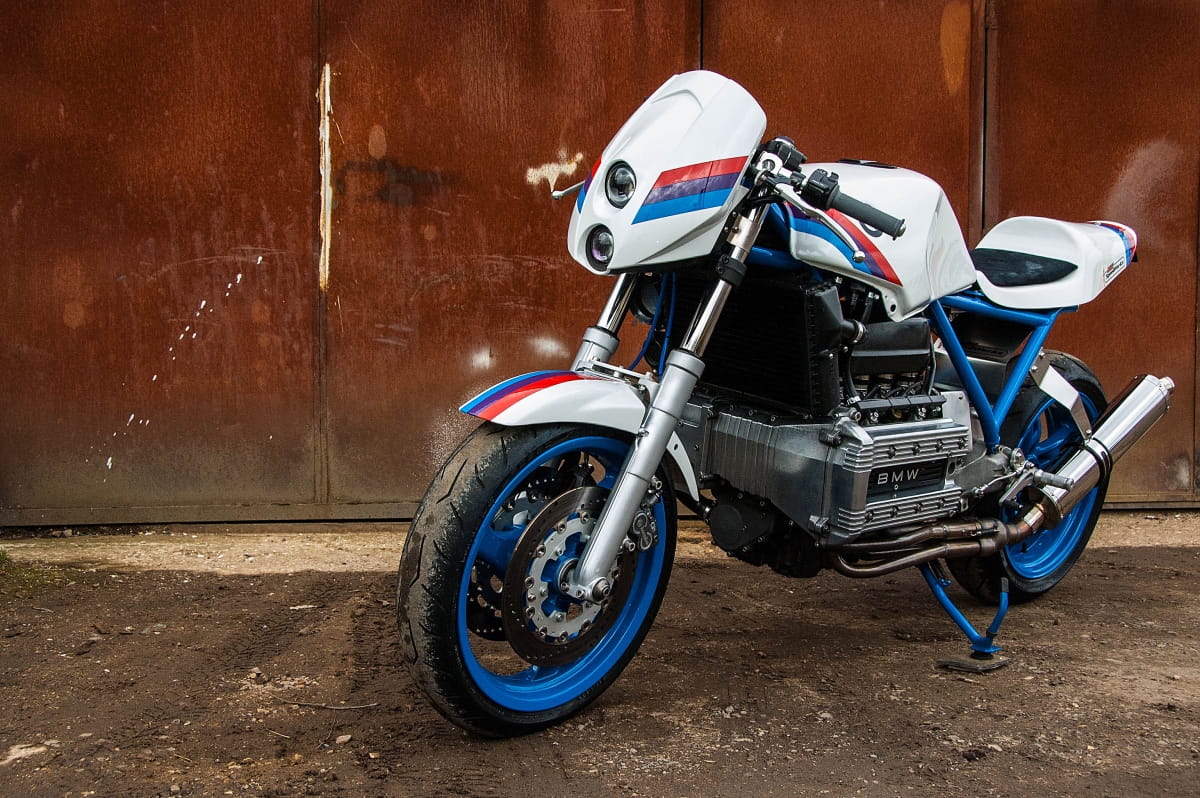 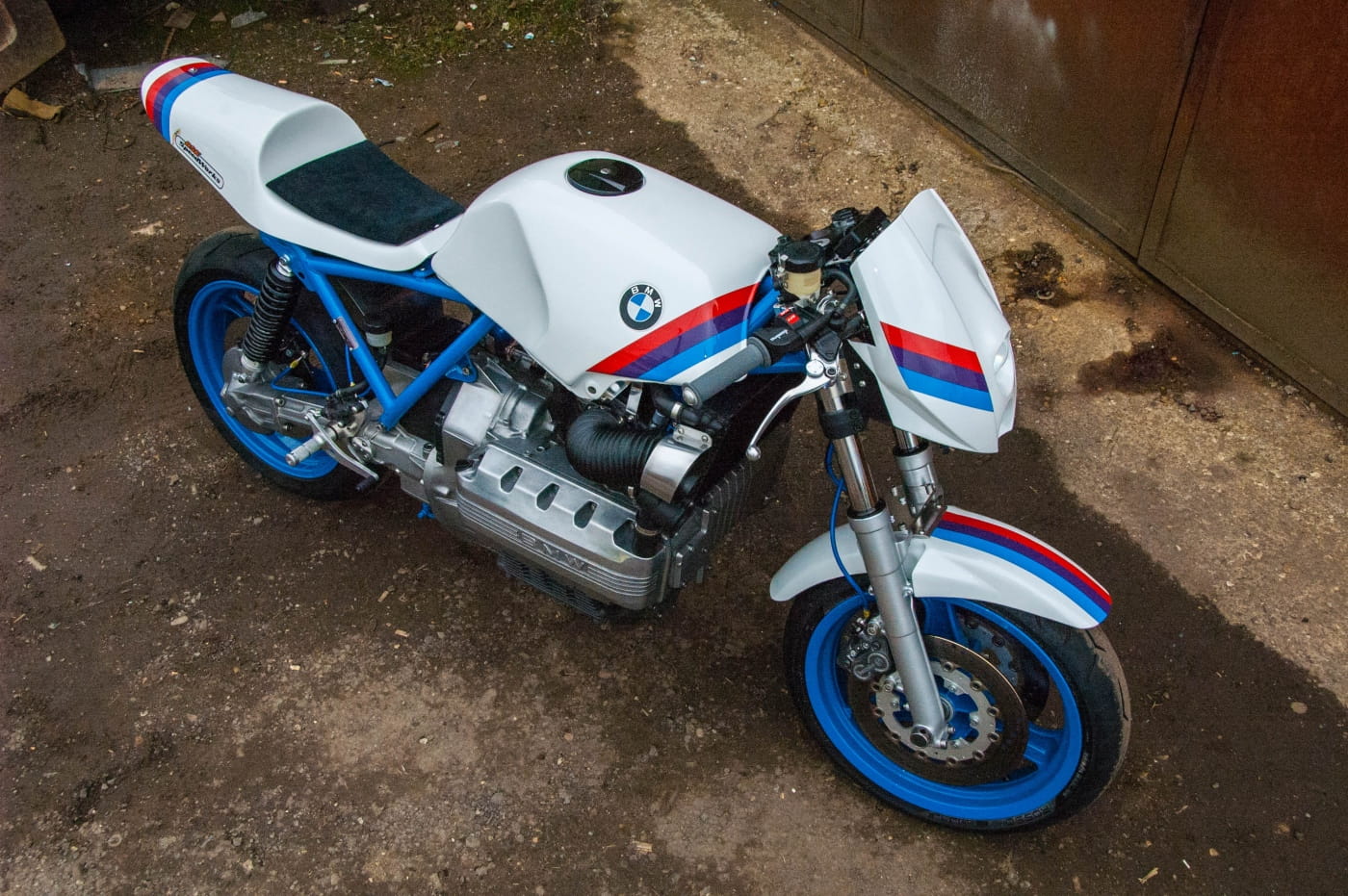